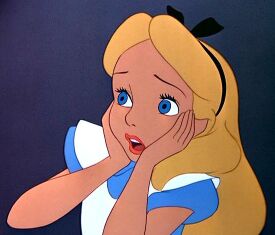 Once again I am questioning my own sanity and can’t seem to wrap it around my brain as to how I got myself in these situations.

I said this update would be a goodie and I wasn’t lying. Why you may ask? Because these tinder blogs do catch up with me which makes for great tales. So here are those stories.

Starting back with my first ever tinder date and all the statement jewellery he wore we find ourselves out on a Saturday night in a common club in Auckland. When out of the corner of my eye I see Tim in a full suit, pocket square and all trying to talk to every single girl who manages to make eye contact with him.

Now, unfortunately, I have been left alone because the other half of my party had gone to the bathroom. Watching from a mere 2 meters away I felt like a classic tourist who had spotted a bear who had come out of hibernation only to go missing and be found in the bowels of said bear. Tim, I can tell you was hunting. He had a girl literally tell him to fuck off before he decided to try his banter on her best friend.

But then, he saw me. I’ve never seen a man lock eyes with his prey quicker in my life. It was at this moment I began to think what the hell was everyone doing in the bathroom.

In 0.003 seconds Tim had closed the 2 metre gap and was saying these words.

“Its me Tim, Seren why don’t you remember me?”

Girl, I remember you but I don’t want to know you. Also why the hell is your tongue outside of your mouth?

“I didn’t know I was your first ever Tinder date!”

And then I remembered that many moons ago I saw I had a message on facebook from Tim that I read over briefly that he had read the blog post. This, however, wasn’t my biggest problem at this second in time. It was still the fact that my brain didn’t understand why the hell Tim had suddenly become the Lizard Man.

Honestly, I thought a third eyelid was going to appear. Before I could answer, his tongue flicked from left to right to left to just hanging out of his mouth waiting for me to respond. And then it suddenly occurred to me that this dude was pinging out of his mind on drugs. Pupils the size of his ego, tongue out of control like his gold accessories and yabbering on about him which was nothing new.

But just as I breathed in to respond Tim jumped right in and said:

“your blog post was fucking hilarious, I honestly didn’t know I was the first person you ever went on a tinder date with! You are so funny”

I quickly replied “thank you for reading the blog, hope you enjoyed it”

And at that moment I thought about dying then and there and being done with my life. Just become one with the floor and melting away for forever. Everyone came out of the bathroom to which I almost screaming at them that our Uber was here, that we were leaving and pretty much getting into a sprint in my trashed heel all the way to the door.

I’m going to assume at some point Tim will read this and all I have to say is go easy on the drugs next time, you need those brain cells.

Now we must move on. Move on all the way to Brent and how he temporarily ruined pasta with his farts.

Brent, as it turns out also, came back into my life. And I’ll say this right now, Brent I am not your girl but she is out there.

Once again I will remind everyone that I take a good while to post about these dates and when they actually happen.

So back to Brent and all the time that had past. I wrote a blog post and if you haven’t caught on yet Ill spell it out for you. Brent reads the blog too.

Now don’t be thinking I keep the blog a surprise. No my darlings my bio on my tinder reads “trying to stop writing entries for my blog series about tinder stories, wanna help a girl out?”

It is literally the first piece of information you can get your hands on. I have been questioned on my blog many times. I have had men say they do not want to go on a date with me because of the blog (suspicious, I know), I have had men specifically ask me after we have dated for MANY moons not to be written about on the blog (you know they know its bad when they say that). If you are one of those two people, I am a woman of my word, will not write about you on the blog.

Okay back to my evening after I had written about Brent when I was out on a run and I went to go change the song when I saw Brent has slid into my DMs not once, not twice but three times.

Brent had read his own blog post and this is what he had to say, prepare yourselves, at this point it had been two months since we last spoke:

“Was that post about our date? I kinda figured I would be on there”

“Sorry you had a bad time but hope everything is all good. Again I’m sorry.”

“Can I just make it up to you somehow? I feel like absolute garbage after reading that.”

Yes the pity train has arrived and you are all hopping on board and leaving the station but before you descend into the tunnel of sadness let me just highlight and analysis some things for you as you need my perspective on why I didn’t reply.

And yes you read that right, I did not reply.

My points are as follows:

Whilst you are all on the train off to pity town I am still on the platform knowing all too well that its one big ole trap.

So shout out to Brent if you are reading this, you clearly are doing fine without me, keep hustling that carb diet whilst you can.

Yes, there are more stories coming but I just want to say how much it warms my cold soul when you share this around and how you and your friends get all excited when I post. I get incredibly shell-shocked when people I don’t even know through friends of friends tell me how they know me as the girl who writes the blog. So cheers, you make me feel very lucky!

A pretty sassy 25-year-old​ living in New Zealand. View all posts by serenpowelljones

One thought on “Tinder Stories – Why are boys dumb? – Part 2 an update”

This site uses Akismet to reduce spam. Learn how your comment data is processed.